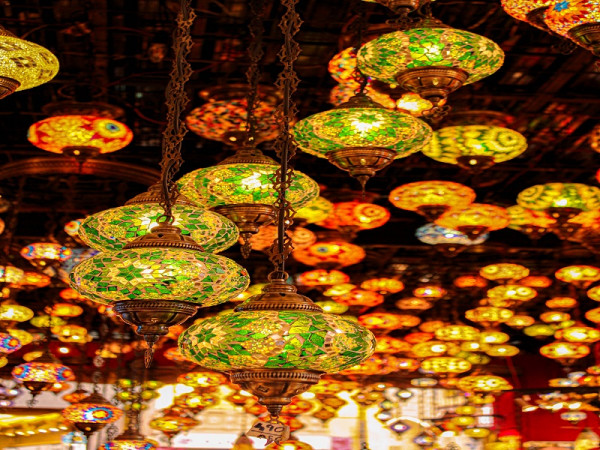 Grand Bazaar is the most crowded place in Istanbul.Especially for wedding shopping in Istanbul, all families prefer to go to this historical place for years.

It is customary to give gold coins to the couple who married according to Turkish wedding traditions. Families usually get their gold from the Grand Bazaar to continue this tradition. Because the bazaar is like a paradise in terms of jewelry shopping. And also the most reasonable place for Gold prices is the Grand Bazaar. Also, the best currencies of Istanbul are in the Grand Bazaar. Many local companies come to the covered bazaar to change money when the payment days arrive. Pay day in Turkey is on Friday which is  the last business day of the week. therefore it is very crowded on Fridays.

In Muslim traditions, it is not accepted to provide income from mosques. But Turkish baths and bazaars were established during the Ottoman period for the expenses of the mosques. The Grand Bazaar was built by Sultan Mehmet conqueror  to provide income for Hagia Sophia in 1461. This bazaar, which was originally composed of only two structures, expanded like a spider web with new additions.

Get lost in Grand Bazaar

Before we talk about shopping at the Grand Bazaar, we want to talk about another topic. Our topic is not to get lost in the covered market. There are about 3600 shops and 65 streets in the bazaar and these streets are like labyrinths. a person who is here for the first time can easily get lost. In order not to get lost in the covered market, you should not forget the number of the door you entered. We suggest you take a photo of the door before entering the market.The numbering of the shops in the market is as follows. while the left side is an even number, its opposite is an odd number. Most of the Grand Bazaar tradesmen can speak English. Even if they don't speak English, they can show you the way to go to the door with body language with the photo you show.

if you are someone who is crazy about shopping. the Grand Bazaar is for you. let us tell you clearly. There are almost no people with empty hands from the covered market. Our guests, who say that we are not crazy about shopping.  We only want to see the atmosphere came out from the door of the covered bazaar, whose hands are always full after visiting the bazaar. You can buy carpets, rugs, leather jackets, clothes, jewelery, ceramics and souvenirs that will remind Istanbul in the bazaar.

Grand bazaar is open every day except Sunday.  The all doors (24 doors), where you can enter the covered market, is open at 08:30 am. It closes at 7  pm . Divine sounds are heard on Friday mornings in the Grand bazaar. It is closed on religious holidays for 4 days.